Written in 1787, whilst the composer was working on his opera, Don Giovanni, the Serenade for Strings in G major, better known as Eine Kleine Nachtmusik (A Little Night Music) is one of Mozart's best-known pieces, as surely needs little by the way of introduction here. Written in four, easily digestible movements, a quick click on our sample button to hear the opening theme and you'll immediately recognise one of music's most familiar tunes.

This recording, however, is a rather special curiosity. Although released in the UK on a Telefunken LP, we discovered that a German 78rpm pressing had been made and issued using a new technology, developed by Deutsche Grammophon in 1950, allowing a doubling of playing time on 78rpm discs. This, coupled with hugely greater resolution and fidelity, suggests that what Telefunken proudly called their Füllschrift Platten was the fall-back option for a number of record companies should the general public prove resistant to the new microgroove formats.

Once again, take a listen to that sample, and marvel at what quality they were achieving with the format. I've heard much worse from LPs of the same era, though it must be said that this disc did have a lot of rumble to be dealt with, and hiss levels were slightly higher than on most LPs.

However, with up to nine minutes playing time per side, a wide equipment base both in manufacturing and in the homes of consumers, one can easily see why this kind of technology was being developed and used - the main marketing push for early LPs was not sonic superiority (which was often absent) but their relative compactness, along with unbreakability. Whilst this 78rpm disc is still on brittle shellac, it does go a long way towards addressing the time issue; had LPs struggled to take hold, we might have been listening to music on discs like this one for many years after... 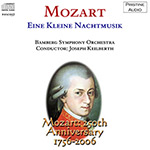