"MJH would have been mighty pleased...
I see you as having helped to create a whole new dimension."

Because of his musical renaissance in the 1960's I was lucky to be able to use much more recent recordings of Mississippi John Hurt performing some of the same songs as he'd cut back in 1928 as sonic references in the XR remastering process for this release. The results have been especially pleasing and should serve to bring the listener even closer to the unique music and spirit of John Hurt.

Two of the tracks provided a particular challenge, including our full-lenth sample Frankie, which despite myriad reissues over the years appears not to have been addressed. By analysing pitch variations in the opening two songs, recorded in Memphis using mobile equipment, I discovered a pitch variation across the length of the recording, indicating that the speed of the motor driving the cutting lathe varied more or less as shown in the following graph:

Because the disc was replayed and transferred at a constant speed, the effect on the pitch is the exact opposite, thus the curve shown above represents the actual sliding repitch required to even out the song 'Frankie'.

This pitch problem can be seen in the following graphic - the horizontal lines indicate harmonics of the guitar part. Because there are no modulations in key during the song we'd expect to see pretty much straight lines running across the screen, but as you can see, set against a ruler line, the opening of the song is far from straight - we're looking therefore at the incorrect pitching caused by the cutting lathe's motor: Once the variable repitch settings (above) have been applied, and after a further fine-tuning, you can see the effect on these harmonics quite clearly: Analysis of the other Memphis song, 'Nobody's Dirty Business' showed an almost identical pitch problem consistent with the theory of an inconsistent motor driving the cutter's turntable. After some discussion with a number of experts as to the most likely cause of this, various hypotheses were put forward. The most authoritative response I'm quoting directly:

"Recording companies had portable recording outfits that toured the "Territories" and places such as New Orleans, especially after the introduction of electrical recording in 1925.  Such outfits were invariably (lead-acid secondary) battery operated due to the variability (or even lack of) mains electricity supplies.    Speed regulation was often manual, and not very precise.   (Even the major studios used dc for this function to isolate themselves from eccentricities in the mains supply; some even used gravity feed to drive the lathe - notably EMI even into the '50s, until the arrival of the LP).   I am not aware of recording outfits that used spring drive for the lathe at this time.  (The BBC of course developed its miniature disc cutter during the war, which used spring drive for the turntable, and batteries only for the cutting amplifier - and there was that portable EMI tape recorder in the early '50s that used the same configuration).

I would suggest that the pitch behaviour observed suggests a partially discharged battery, where polarisation of the plates can occur during discharge, leading to increased voltage drop and hence lower speed.  During the break between takes, the cells recover.  I can't propose a scenario relating to increased cutter drag, because this should decrease as the surface speed under the cutter (and hence drag) decrease as the cutter moves from outer to inner diameter." 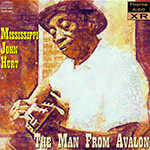