"Hi Andrew - I was listening to a recording last night which I thought would be a wonderful candidate for your great restorations. The 1935 Ariadne broadcast (opera only) under Clemens Krauss. It has some elements that have not been equaled since - the Zerbinetta of Erna Berger (so charming - quite unlike the pseudo-Olympia we often get) the Bacchus of Helge Roswange (no real competion from ANYONE) and the conducting of Krauss ( he breathes with the singers in a way I rarely hear). The Ariadne is Ursuleac - ungainly but exciting in the climaxes.  The sound even on the transfer I have isn;t bad and Krauss conception comes through but it could use some work..." - RL

Thus began this particular project, with the first of many e-mails from a music-lover in America. I was intrigued and soon got to work. Over the following weeks the restoration gradually took shape as I battled surface noise and the difficulties of re-equalisation. At almost the very last minute everything suddenly snapped into sonic focus and the glory of this wonderful recording was finally revealed - always a moment of magic when you've battled for so long over a restoration such as this. I was glad to send the following reply to my correspondent:

If I say so myself, this is now sounding pretty stunning!

I had cut a section from my previous e-mail which suggested that I was unhappy with the results thus far achieved, and since sending it I've been out on the Net seeking an alternative reference for final EQ tweaking this afternoon, finally plumping for a recording on iTunes. The effect of using this was quite magical - and I've come to know when I've got it right, because something happened here which has happened in other recordings when the EQ is switched in: although the recording is of course mono, there's an illusion of spread where previously the sound was tight and restricted. It's hard to explain, but you'd really think you were switching in a stereo effect, instead of simply changing the tonal balance - suddenly everything sits properly in place, it sounds real, and I know it's spot on, or at least as close as I'll ever get. I can't wait to get a copy to you - it's really superb now! 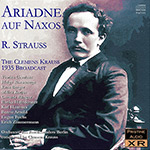